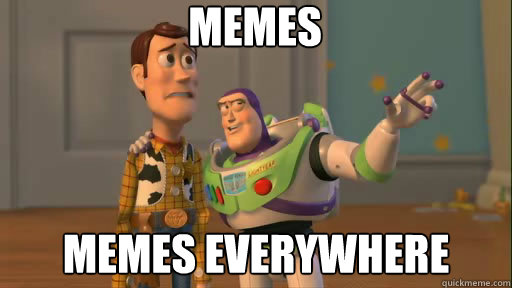 Our Founding Fathers had one main avenue for discussing and debating the volatile political issues of their day: writing.

In a slower world with no television, internet or radios, they had the time (or took the time) to sit down and write well-thought-out, at times lengthy letters to one another discussing in depth their thoughts and ideas. They wrote their own speeches. They wrote essays. This way of communicating required people to take the time to think about issues and how to express them, and required the audience/reader to take the time to take in the message in a slower, more meaningful way.

Compare that with the world today. We have distractions like hundreds of channels on cable television, movies at our fingertips on Netflix, 24-hour sports channels, 24-hour news (and infotainment) channels. We have computers, the internet, YouTube, Facebook, Twitter. We have satellite radio. Smartphones. We have fast modes of transportation to get us from one activity to another. Who has the time (or takes the time) nowadays to spend more than 30 seconds reading someone else’s opinion or giving your own?

In this modern world, our political discourse has evolved from what was once a time-consuming, thoughtful process into quick, superficial statements. We pass along emails from friends blasting a political side or figure without digging into claims or numbers. We spout one- or two-sentence witticisms on Twitter. And we post memes and too often accept what is written in them as gospel.

Can you imagine Thomas Jefferson and John Adams debating issues through the use of memes? Think about how much different their political discourse would have been if instead of writing thoughtful letters to each other, they just posted 5-word phrases in memes to adoring supporters on Facebook or Twitter.

Memes in particular seem to be an exceptionally nasty cancer in modern political discourse. They are simplistic and often misrepresent – and downright lie about – issues and information. Yet, they seem to get posted and shared more often than even kitten photos and cheesy inspirational quotes. And, for some reason, people – often even intelligent people – will accept what is in a meme as true, either because they see it written in a graphic and perhaps just assume that because it is written it has to be true, or because it aligns with their beliefs, so they want it to be true.

Memes are like a leach sucking the brain power out of our democracy. They can be stopped, but it will take effort and discipline among a larger segment of our population; the effort to fact-check and scrutinize claims and the discipline to engage in more meaningful discussion.

With “This Week in Bad Memes,” I want to begin exposing the falsehoods and misrepresentations in popular memes I see on social media. If you see a bad meme, let me know about it by shooting me an email or letting me know on Facebook or Twitter. 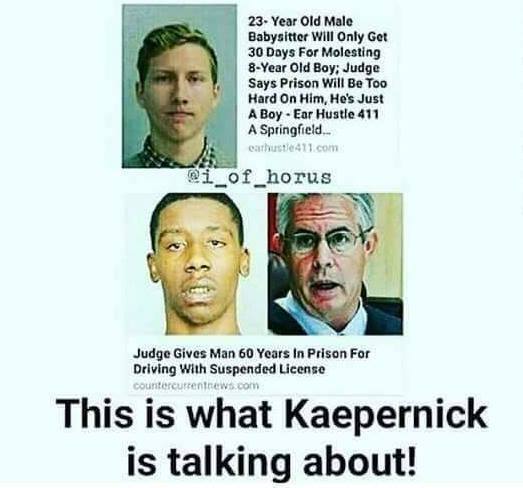 The above meme is misleading as the man given 60 years was not some guy who just got 60 years out of the blue for driving with a suspended license. He had a significant criminal history, and he was driving with a suspended license with a convicted felon and an ammunition clip filled with .40-caliber bullets. The 60 years was definitely excessive, and the same judge suspended it just days later. But a lot of left-leaning sites took this and really stretched the truth. 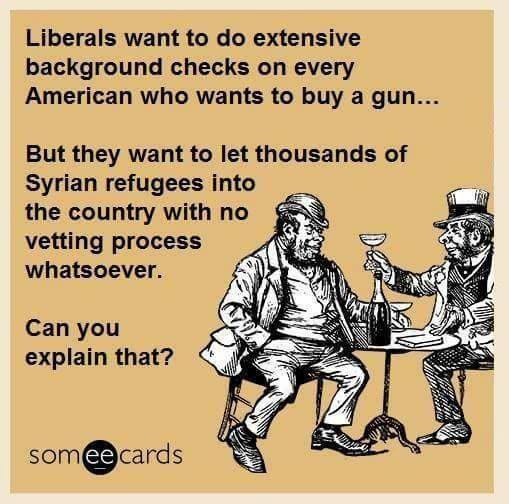 This meme has a little bit of everything: It’s over simplistic, misrepresents the truth, and it downright lies. Of course, it starts with simplistic labels. Everyone who is for background checks for gun purchases is lumped into the evil “Liberal” category, so there’s no complexity. Then these terrible liberals – all of them – want to do “extensive” background checks on every American who just wants to buy “a gun.” What do they mean by “extensive” here? Are they just looking at criminal history? Are we talking about a two-day waiting period or a six-month waiting period? We aren’t told that. Instead, all details are left out and everything is lumped into the simple, easy-to-grasp label of “extensive,” which we can only assume is outrageously unjustified and burdensome … although no details or proof of that burden is provided. And these background checks are on anyone buying a “gun.” There’s no differentiation here between a handgun, a hunting rifle or a military-grade semi-automatic weapon. Those are some pretty important differences that are left out. Of course, the truth is there are plenty of complexities to the gun control debate and many differences among gun control advocates on to what extent gun control measures should be put in place. But complexities don’t translate well into simple-minded memes.

Then these evil libs want to just let thousands of Syrian refugees into the country with “no vetting process whatsoever.” Of course, this idea that there is no vetting process for refugees is a complete lie. The U.S. actually has one of the world’s most stringent vetting processes for accepting refugees, and did so even under the Obama administration. 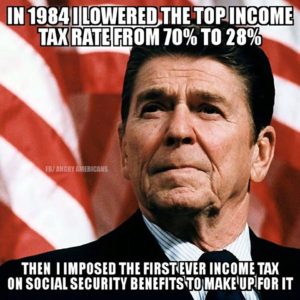 There are important correct parts to this meme, but the false parts undermine its credibility. Reagan did cut the top marginal tax rate from 70 percent down to 28 percent, but it was not done in one act in 1984. He cut it from 70 to 50 percent in 1982 and got it down to 28 percent by 1988. Saying he taxed social security to make up for it is misleading. In 1983, he did impose a tax on social security benefits for some high earners, but not for everyone. That was one part of several revenue increasing/tax raising moves he signed. Saying it was to make up for the tax cuts is an oversimplification and is misleading, undermining the overall credibility of the meme’s sentiment, which is an important one – that the top income tax rate is microscopic compared to what it used to be. 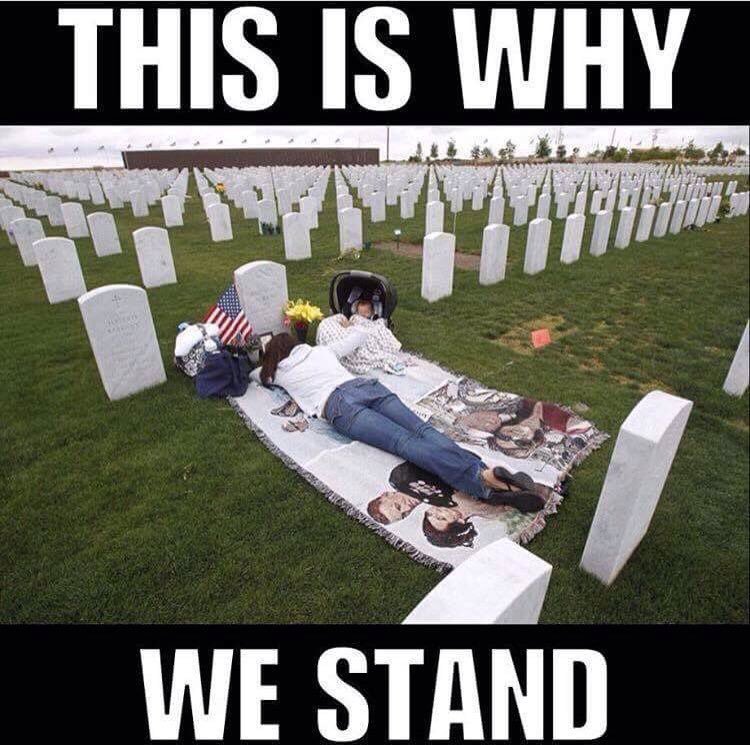 So, let me get this straight: It’s not okay for a black athlete who feels his own country is against him to kneel during the national anthem, but it is okay to photograph grieving military widows in their darkest moments and share it on social media to emotionally manipulate public opinion?

There has been a slew of memes like this recently as the whole country has been passionately debating – not the Russia scandal, not tax reform, not the ongoing war in Afghanistan, not the Iran nuclear deal – kneeling during the national anthem. Glad we have our priorities straight.

Many of those who are passionate against anyone kneeling have posted emotionally manipulative memes of grieving families, caskets draped in flags and veterans missing limbs. To them, this debate is no place to have an intellectual exchange of ideas, but rather what amounts to an emotionally-charged social media screaming match where if you back those kneeling you are anti-American and are disrespecting our troops.

However, as with most political debates, the different sides are coming at this from different places, and a little empathy and some effort to see where others are coming from would go a long way. You may see the national anthem as being about our military. But, for many people, it is about our entire country, which is much more than just the military. We are a patriotic nation, and we hold our military members in high esteem – and rightfully so. But not everything is solely about the military. While you might think about our military during the national anthem, others might think about our Founding Fathers and the wonderful, complex and (so far) immensely successful system of government they created. Or they might think about how our ideals are a beacon of hope for people around the world, or how our country provides so much opportunity for people. For some people – especially black people – in that moment as they reflect on the country they are standing for, they might think of how the laws of this nation have at times systematically sought to keep them down. And, they might think of how some black men have at times been wrongfully killed by officers of the law. Where are those caskets and gravestones in these memes? They aren’t looking to disrespect the military or even the flag. Their kneeling is a reflection of how they are feeling about the country as a whole or about one aspect of the country that they severely dislike. Could this be done in a better way that might not come off so hurtful to sensitive people who are insulted by this? Perhaps. But we don’t get to have an intelligent discussion about it when people are being worked into a frenzy by emotionally manipulative memes like this one.